My Friend, the Enemy

As some of you may know, I am allergic to Cats.  If I pet any cat and then touch my face, my allergies will light up like a fourth of July.  I’m not deathly allergic, but it will make my life miserable.  I’m just telling you this so you understand the implications of my friend the enemy.

My first cat experience was with Kitty Boots, my family’s pet.  Kitty Boots and I didn’t always get along the best, but we made do, the main reason is because I was just a baby and he was kicked out of the house when I came along.  As long as I knew him, he wasn’t very nice ever!!  When I was about four or five I was tested for allergies and I found out I was allergic to cats.  After that I stayed away from Kitty Boots.  There wasn’t a lot of pictures of me and him either, I had to look through all of my mom’s photo albums to find one that I could use in this blog!! 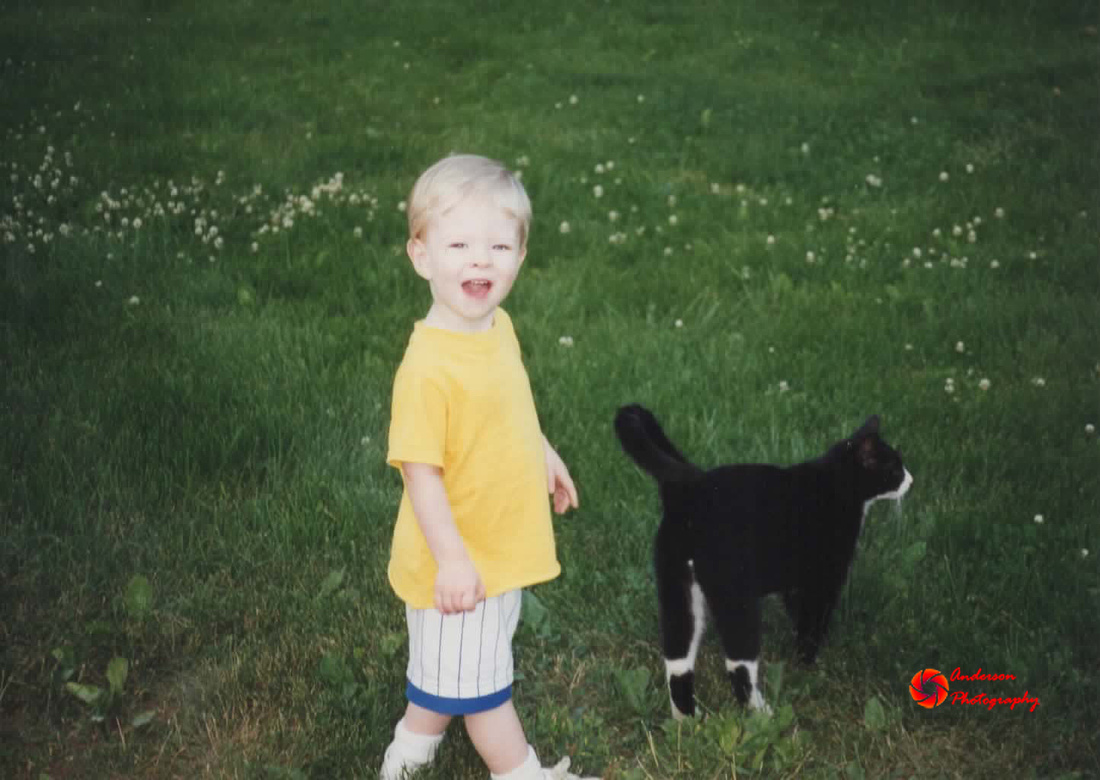 As time went by Kitty Boots passed on… Then I got a dog!!  I was a lot happier to have a pet I could play with and not worry about being sick with allergies!

Well, there is the cat, and his name is Cupcake, I have yet to meet any other cat quite like him in his determination to get near me.  It has become quite the game with me and him, as he just wants to be petted, but doesn’t understand what will happen to me if I were to pet him.  So he has started to “stalk” me every time I am at “his” house. 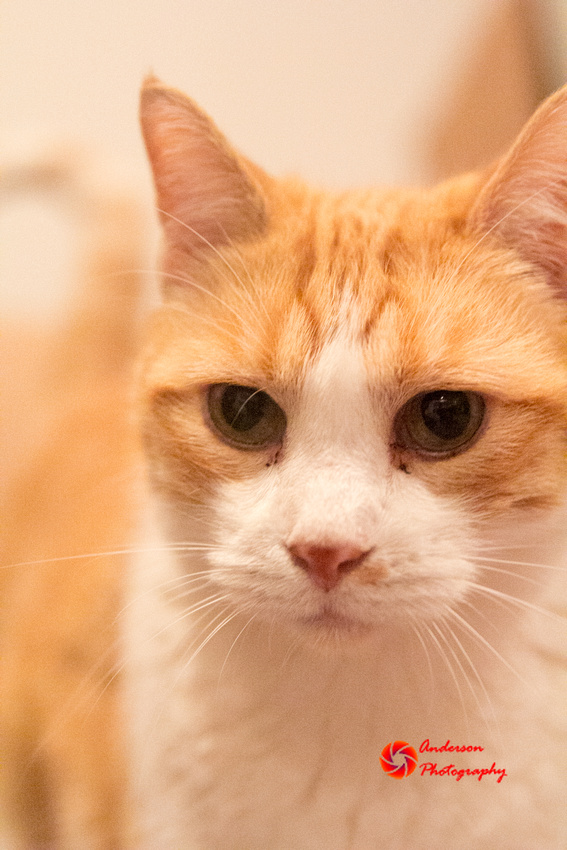 Most cats will tend to stay to themselves and not bother anybody when someone is nearby.  Just not in this case…  If I am sitting on the floor, he will slowly creep his way towards me from behind…  I feel like prey in a safari, being hunted by a lion.  No matter where I go, I have to keep my eye on him; it’s that second I am not paying attention that he “attacks.”  He is expanding his attack zone; he has learned how to climb to the top of the cabinets…  I’m safe NOWHERE!! 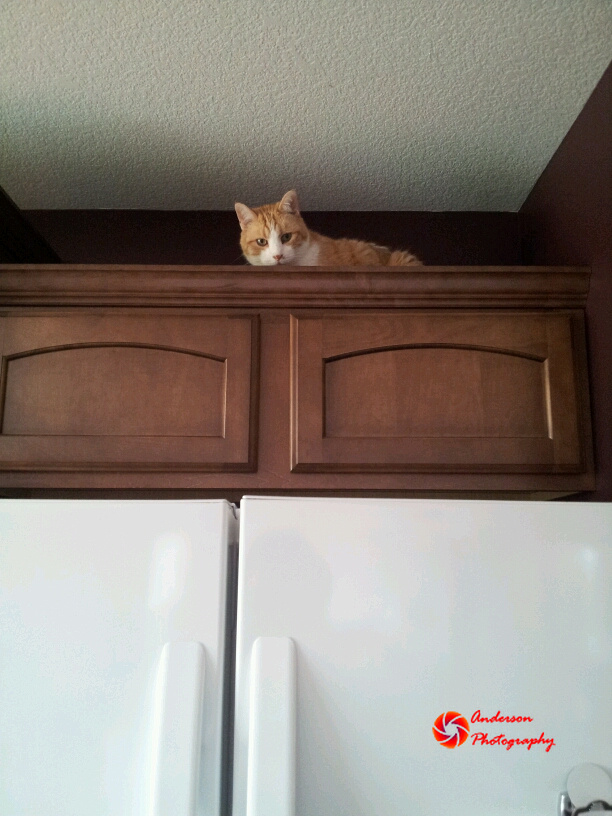 We have this special relationship between him and I, if I am on the couch sitting/relaxing, guess what, Cupcake is sitting and relaxing somewhere on the same couch.  He has this special ability to climb into my lap, without any notice what so ever…  Then everyone is snapping their fingers (as he has been trained to respond to that) and saying his name to get him to move from my lap.  This cat has it in for me, no matter how hard I try to avoid him, there is no way I will be successful. 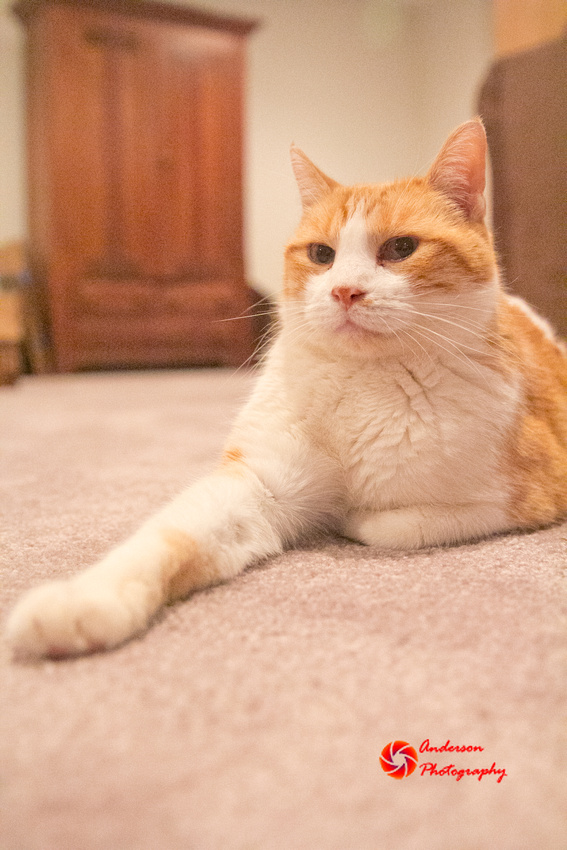 It’s funny, as I am writing this blog, Cupcake is sitting two seats away waiting for me to let my guard down so he can get closer without me noticing.  It’s become quite the joke among family and friends, this game between me and Cupcake… I find it funny, in how he keeps trying as everyone stops him before he can touch me.  Honestly I could pet him, but it would be in my best interests not to do so. 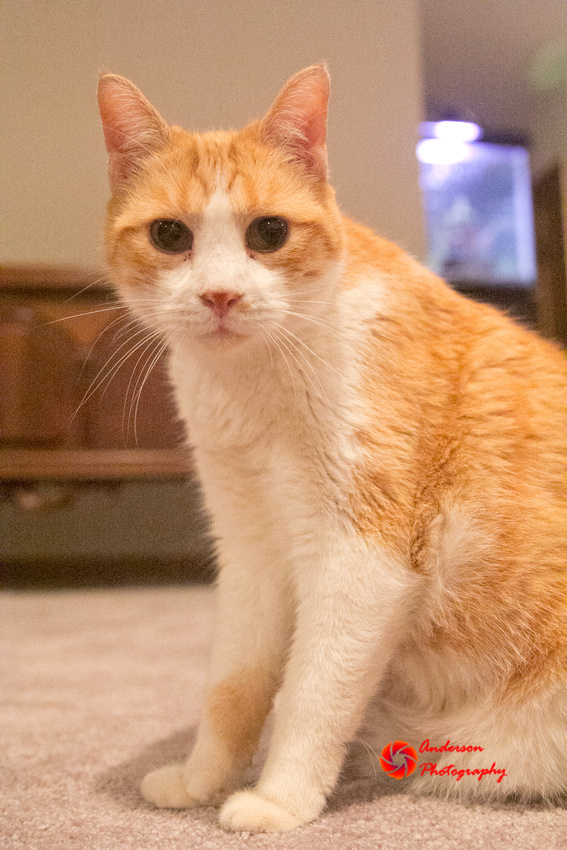 So just to get back at him, and so that I had photos to go with this blog post, I “stalked” him with my camera.  I was able to get several photos, but while I was doing it, it seemed to me he was just parading around for the camera… He is quite the camera ham if you ask me!

It doesn’t quite end there with Cupcake either, you see Cupcake gained a “little brother” so to speak.  His name is Leo, named after Leo the Lion.  I don’t think I have ever met a kitten so energetic in my life! 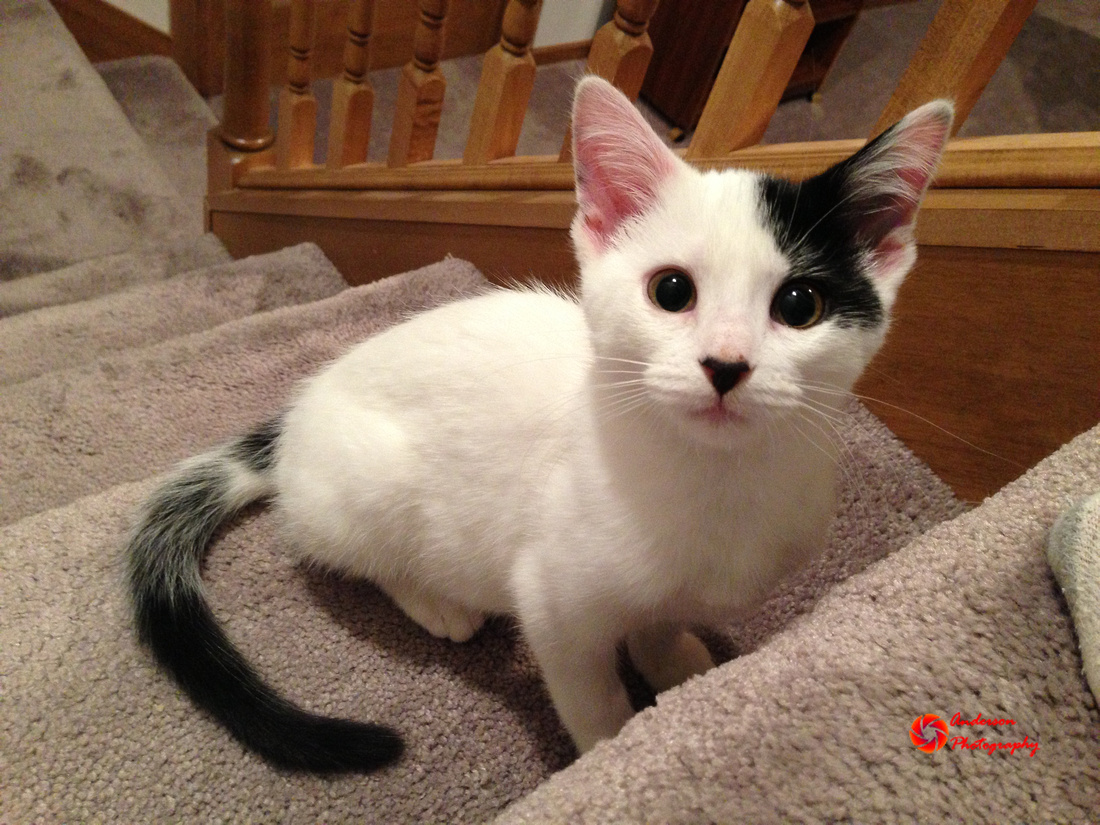 Leo is actually a little more dangerous than Cupcake, you see Cupcake understands his limits in touching me, Leo on the other hand, does not…  So there have been countless times when I have had to “remove” Leo from my lap.  He’s worse than Cupcake!!  I have to give him credit though, he can fetch a ball better than most dogs!

This last weekend I had the pleasant experience of babysitting the animals for awhile, guess what, both Cupcake and Leo took advantage of their opportunities and sat on my lap while I was watching a movie.  Each of them sat on my lap for about an hour before they got up…  I think I made their weekend!! 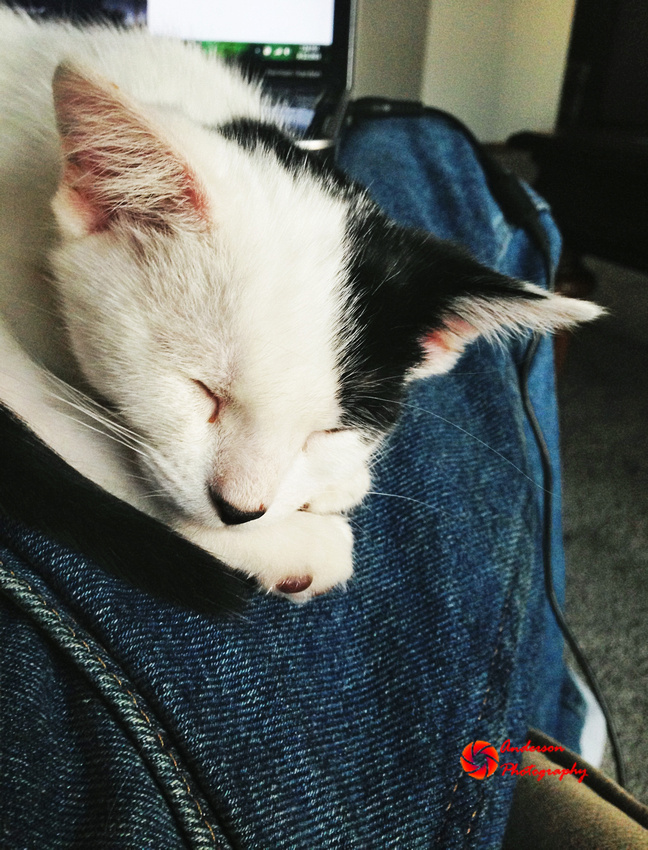 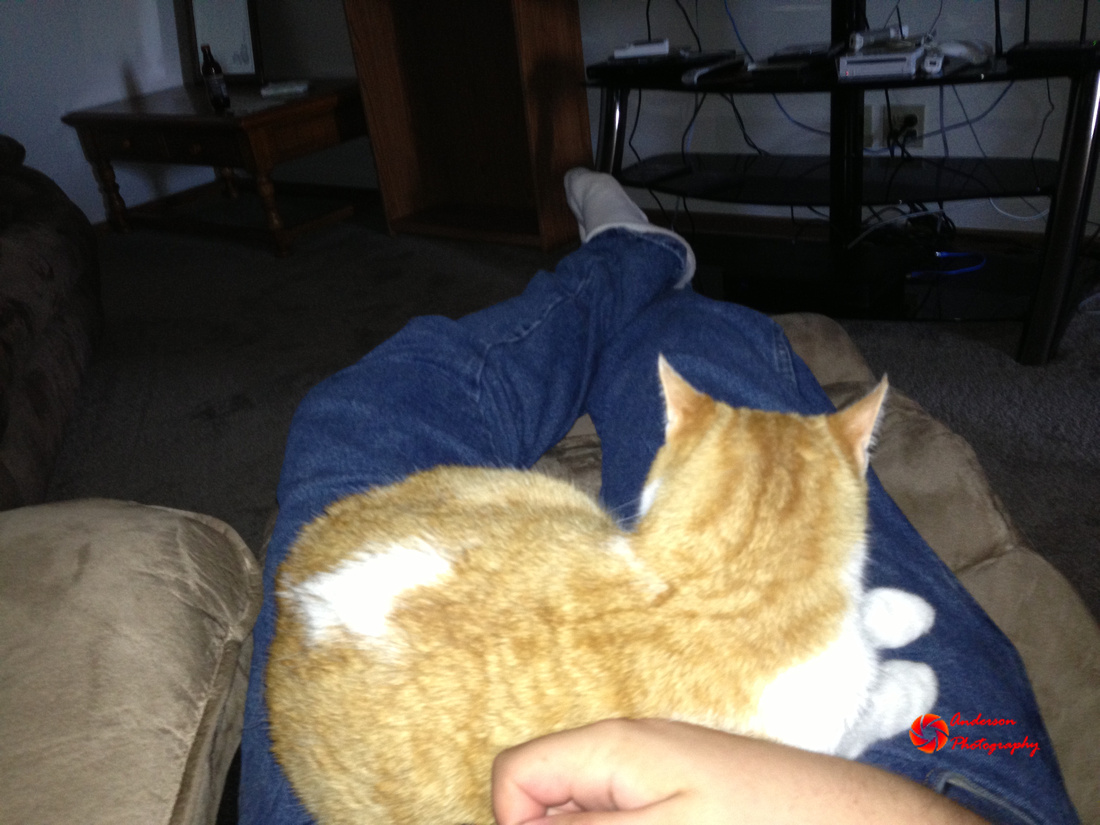 So as you can see I have no way in winning this battle/war with the cats, they love me way to much!!  It has gotten to the point where they try to get away from someone to get on my lap…  Now that is some dedication to a sport if you ask me!

All in all I love them, I just have to be careful in how much physical contact I am with them!  They still won though!